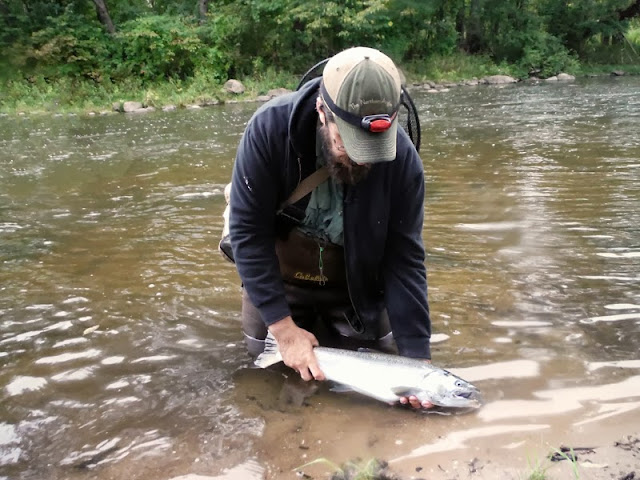 My buddy Jason stayed over, we fished and scouted the Rouge the day before. Up at 5am on Sunday, grabbed the best run we found special-opps style. Fish were stirring, but nothing consistent until a little after first light. I tried swinging a black and blue bad hair day, and then some comets with no luck. After seeing a couple fish breaking the surface, I tied on a moose hair muddler. This hen took it on the hang down.

Shortly after Jason tied on a strange double fly/spawn bag rig he had pulled out of snag. We were pretty sure this is what the father and son were using that we'd watched fish this run yesterday. A spawn bag, two small simple old school looking streamers with mallard wings and the remnants of wax worms on the hooks. I handed him a Thing-a-ma-bobber that I randomly happen to have in my pocket. This was more of a joke than anything, but amazing he landed a real nice little Rouge brown on it. 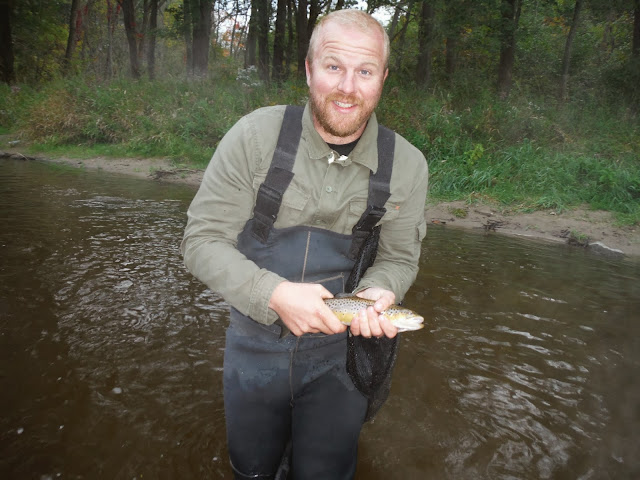